The Witcher: Nightmare of the Wolf– A return of the franchises’ trademark grimdark fantasy, with some new life and humor interjected as they dip their toes into animation for the first time.

The cinematic universe of The Witcher continues to expand on Netflix with a new film animated by StudioMir (The Legend of Korra, Voltron: Legendary Defender, Kipo and the Age of WonderBeasts). The Witcher: Nightmare of the Wolf is partially a prequel to the live action television adaptation Netflix also produces, as the story follows Vesemir, Geralt’s mentor, prior to the events of the TV show.

Although the film is technically a prequel, I would discourage the Nightmare of the Wolf as an entry point into the franchise, as the story is very fast paced and does not dedicate very much time to exposition of the lore. It’s easy enough to grasp as a stand alone, as the world of The Witcher is somewhat tropeish within the medieval fantasy genre, ​​but references are made to the established world-building with little explanation. Additional context from the TV show, video games, or books would enhance your perception and enjoyment of the Nightmare of the Wolf, in my opinion.

There are many moments that soar within The Nightmare of the Wolf, as well as a few parts that fall flat. Firstly, the animation is absolutely phenomenal. My jaw was continually dropping. I was initially apprehensive about some of the character designs, but seeing them within the expansiveness of the entire production put my doubts to rest. The backgrounds balance painterly elements with a sharp understanding of simplifying the natural world that’s reminiscent of The Last Unicorn– albeit, with a much different approach to colors and less abstracted elements.

The cast of characters is relatively small and more or less contains the story to Vesemir’s perspective, with some additional insight from Tetra, Illyana, and Deglan. Each character has a unique motivation propelling them forward, and the final confrontation is a clash of ideals just as much as swords. There’s some interesting things going on with the ethics of being a Witcher in a world with a declining monster population and a pre-industrial capitalist system of economics. However, I feel that this was slightly underutilized. Nightmare of the Wolf does succeed in illustrating the process of making Witchers, far more than the TV show has to date. I enjoyed the film but would have preferred a 12 episode series, something that balanced the day to day tasks of monster killers with the bigger plot coming to a head in the finale. 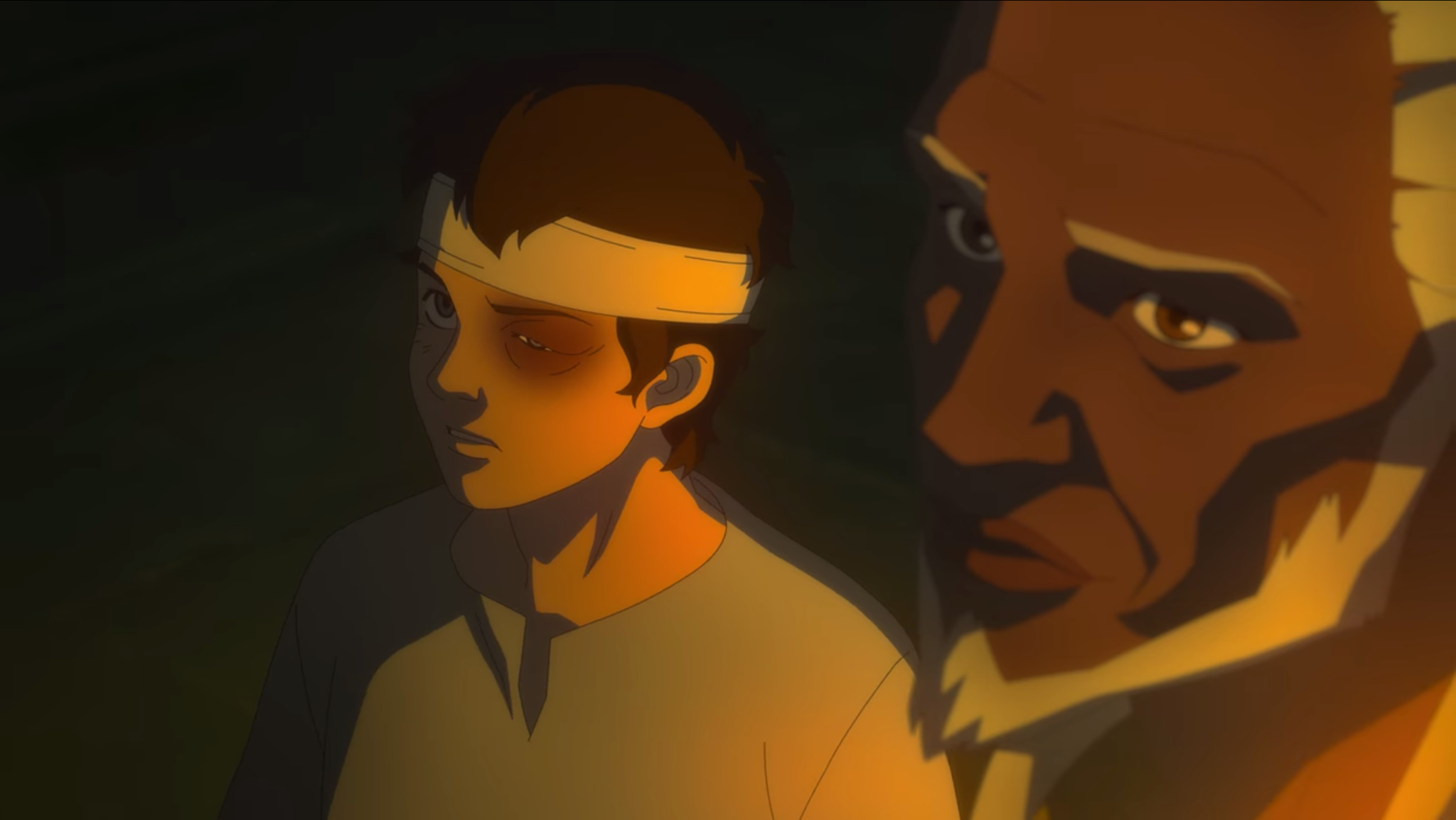 To conclude, The Witcher: Nightmare of the Wolf is a very fun way to spend an hour and 20 minutes and offers some unique insights into specific elements of lore the rest of the cinematic universe hasn’t quite reached yet. I would even argue it’s worth watching for the animation quality alone. However, the pace of the film ultimately left me feeling that it existed as an appetizer for the new season of the live action show that’s dropping in December.

The books that spawned the spin offs were written in the 70s and 80s, and although Netflix has done a decent job at modernizing certain elements, it’s difficult to completely erase the “fantasy races exist as a vehicle for White people to roleplay being victims of racism” trope that’s baked in.

The Nightmare of the Wolf is perhaps one of the more egregious offenders of that trope, as Vesemir is the lead and anyone familiar with the character will know he has many sad tales to tell. The opening sequence is a Black family of royal status getting brutally murdered by a monster, the only child to survive exists on screen for another minute in order to “vouch” that it was in fact a monster and not a Witcher that killed his family. There’s also one character that is queer coded in a way that isn’t outright terrible but not great either- and he falls into the category of sad endings as well.

This iteration is also more generous with gore and blood than the TV show and games, and much of this violence is happening to children. This is narratively handled with the impact and sorrow it deserves, but I would discourage watching if you think that is something that will bother you.

The world of The Witcher is often grimdark, and Vesemir certainly doesn’t get a Hallmark ending either. However, due to the smaller scale of the cast and run time, the animated movie isn’t able to dull the disproportionate impact on Characters of Color the way the TV show is able to do.