Marvel’s infamous cat burglar attempts to take a vacation from her jewel thief heists. Unfortunately, stretching out her claws in the sun isn’t in the cards for Felicia Hardy in Black Cat Annual (2021) #1. An unscheduled layover in Seoul precipitates a meeting — and eventual caper — between Black Cat and South Korean National Intelligence Service operative, White Fox.

The Tiger Division leader busts Black Cat for entering Korea with falsified credentials. Luckily, White Fox requires an accomplice with feline reflexes for a rescue mission. The Choi Faction, a South Korean gangster family, captured Seoul’s most powerful superhero and national icon, Taegukgi. However, the Choi’s claim to have figured out a method of controlling Taegukgi’s abilities. Unleashing the superhuman’s powers would devastate Seoul and place the Choi family in a position of authority over the country. Black Cat has no choice but to cooperate since a major caveat of their caper includes White Fox implanting a nanomunition bomb inside Black Cat’s neck. Also, the Cat’s not getting her paws on any compensation for this mission.

Of course, banter and humor between our badass leading ladies only scratch the surface of the thrill involved in reading Black Cat Annual #1. Although, the overwriting prevalent in this issue should be acknowledged, McKay jab’s at the verbosity involved in villain monologues toward the story’s end. In context, readers could assume McKay is poking fun at his own loquacious dialogue and exposition inside Black Cat Annual. Arguably, the overwritten narrative doesn’t diminish the comic’s affability and good-natured fun. I’d rather McKay over-explain details regarding White Fox and her lesser-known cast of characters for unfamiliar readers than throw White Fox into the story and expect his audience to know about the Tiger Division, Taegukgi, and the shape-shifting Kumiho.

Illustrator Joey Vasquez flexes his artistic chops. Vasquez’s layouts and character positions on the page reflect his attunement with spatial awareness. When Black Cat, White Fox, and the other Tiger Division members all circle around a holographic image of the abandoned alps ski resort they plan to target for their mission, each person strategically populates their own space in the panel. Readers can choose to look at the characters individually. Hence, Vasquez triumphs in achieving the often problematic task comics artists face when arranging multiple (superhero) characters visibly on-page.

Fight scenes are structured to give ample room in conveying both action and facial tics. Black Cat and White Fox battle in tandem, striking blows in accordance with their canon abilities and flexible body movements. Panels vary on every page, with borders shifting and low angles revealing enemies in the shadows. Thus, panel movement always remains frantic, strengthening the impact of morphing expressions during Black Cat and White Fox’s harrowing discoveries as they work together to save Taegukgi. Letterer Ferran Delgado effortlessly keeps pace with the borders rotating continually. His lettering is marvelous, particularly clear-cut when white letters surface against the black exterior of Black Cat’s internal dialogue caption boxes.

Pages illustrating the White Tiger Faction’s combat on the streets of Seoul are particularly eye-catching. Colorist Brian Reber embellishes these scenes. Here, the Tiger Division squad receives specific colors to distinguish them in a whirlwind of action. Vasquez again stations the characters well as they fight Taegukgi. As a result, the art allows readers opportunities to digest vibrantly-colored costume designs or comprehend the enormity of the totem-appearing creature, The General, in comparison to the smaller, agile-bodied frames of Luna Snow or Auntie Ante. Colors crackle with an electric appearance. In opposition, the hues denoting Black Cat’s sleek black costume and White Fox’s aquamarine sapphire blue color scheme stand out boldly against shadowy tones portraying the ominous atmosphere inside the abandoned building. 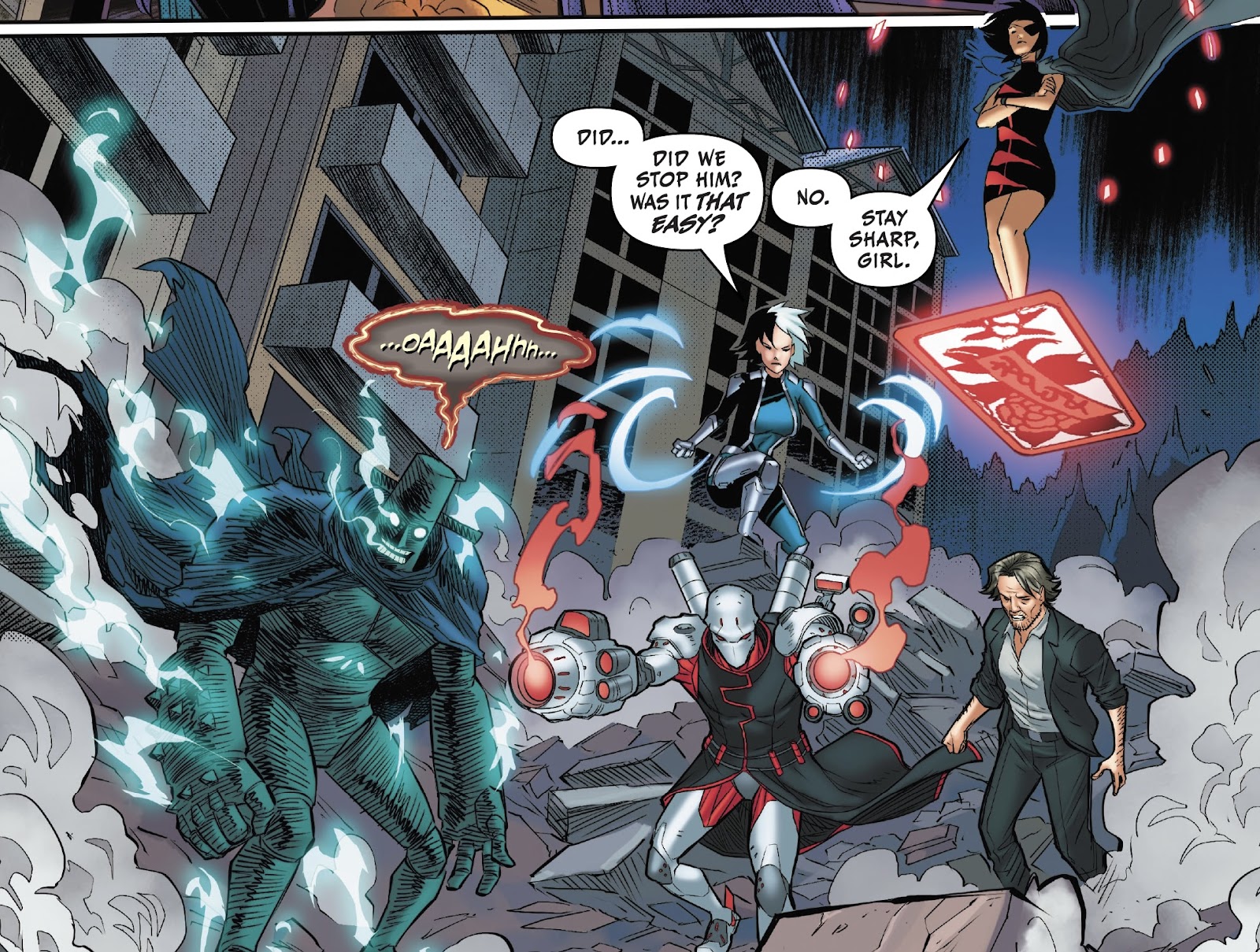 While the Infinite Destinies tie-in may not feel clear after parsing the contents inside Black Cat Annual #1, this issue even taking part in the storyline establishes Black Cat’s role. Black Cat #3 foreshadowed Felicia’s importance when she was provided a chance to wield the Infinity Gauntlet. Moreso, the solicit cover for the upcoming Black Cat #8 shows the Gauntlet placed on the hand of our fur-tunate Black Cat. Sadly, this annual issue does not supply any further information about Black Cat’s place within the Infinite Destinies narrative.

Overall, Black Cat Annual #1 proves a gratifying romp and takes readers on their own vacation. Black Cat may not have gotten the weekend getaway she had planned, but Jed MacKay and team offers a gut-punching, action-packed Black Cat story set against the backdrop of Seoul’s luster dripping with entertainment. Hopefully, we could see future Black Cat/White Fox pairings? There’s enough purr-sonality between Felicia and Ami to fill an entire comic series.

Graduate of UCF Online with a B.A. in Creative Writing.
Reading anything I can get my hands on. Wishing I could write about every single comic I consume.